8 Ways to Prepare for a Career in Games 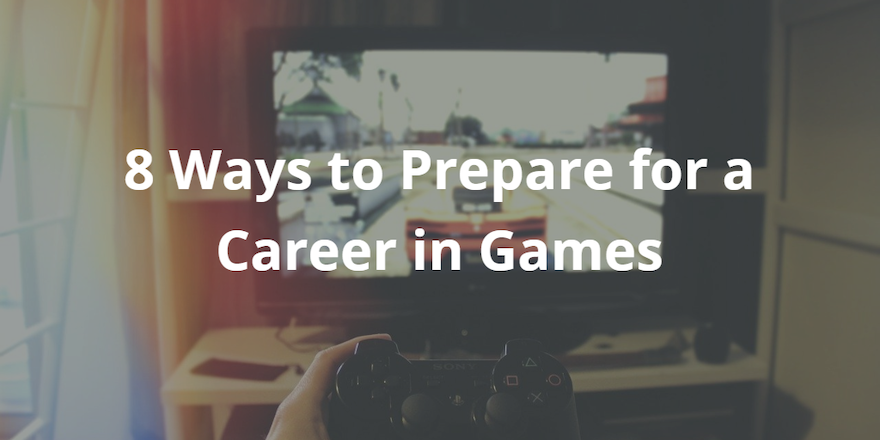 At Beamable, we’re driven by a passion to help more people make a living in the game industry. To that end, our CEO Jon Radoff shared 8 tips on how to crush it at your interviews or wow your future business partners during a talk with Gamerjibe. Read below for a summary, and watch the video chat:

Five Things Everyone Must Do

Understand that game-making is an obsession - This isn’t a 9-5 job, and few who seek a job in the industry will end up with a long-term career within it. You’re competing against a large number of people who want to work in games more than anything they can imagine. Be prepared for it and be willing to put in the work.

Make Games - Stop dreaming of being a designer or a game programmer. Game-making is a craft, which means you need to make lots of games. Your failures will teach you huge amounts; make sure you have a portfolio site on the Web that lets interviewers and screeners see the games you’ve made (with a clear focus on what YOU did on the games, and what you learned) along with ways to download and play.

Play Relevant Games - Interviewers don’t care that you spends hours a day playing Fortnite unless they’re making a Battle Royale game. Make sure you play the games that compete with the games you’ve made, and always play the games of the company you’re interviewing with--and not just through the tutorial. Play long enough to gain a real understanding of their design decisions. For bonus points that will likely make the difference in getting a job or not, make sure you play their competitors’ games as well.

Understand the business, economics and metrics - The game industry is a hard industry to work in, and players are demanding. Understand how both free-to-play and premium games are marketed, distributed and monetized. Have a working knowledge of key concepts like ARPDAU, LTV, retention metrics, etc. For premium games, understand the available channels, how to gain awareness, market and build networks of influential players. Better yet, build your own game and get just 100 or 1,000 people to play it, and then measure the metrics just like you would in a larger commercial game. Interviewers will be impressed that you can talk numbers and relate it back to the business.

Understand iterative development - Ideas are a dime a dozen in this industry. Every person who works in the industry has 1,000+ ideas and every player thinks all of their ideas makes them into a game designer. Execution is what matters: turning your ideas into something real, exposing the ideas to players, testing, comparing them against competing implementations and prioritizing where to invest time.

Coders: make sure you’re full-stack - Learn everything up and down the stack of game development. By training in dynamic web development within an MVC framework, you’ll learn a lot about the backend architecture used by many games. Learn network programming as well, and then learn front-end development. Training C# and C++ and learn the relative advantages of Unity and Unreal. Have lots of examples to point to. Understand graphics systems and how they work, and try your hand at shader programming. Challenge yourself to not only be a great game programmer, but an exceptional and well-rounded computer scientist.

Artists: get technical - Focus on in-engine art, because your pretty Maya and 3DS Max models probably won’t work in the engine. There are too many artists on the market that only know how to do one part of the art pipeline, so learn as many parts as possible: lighting systems, shader graphs, shader programming, hardware, modeling, textures, animation, environments, visual storytelling. Pick up some programming skills. Have a strong foundation in art using traditional media such as painting and illustration. All of this is a tall order, and some of it you won’t get to until you’re on the job; but the more you can cover, the more likely you’ll be to land an art job Today’s artists are increasingly technical and competing against amazingly talented people from all over the world.

Designers: model with business goals in mind - Everyone should know how games relate to business metrics and the market; but this is an order of magnitude more important for designers, who are increasingly responsible not only for making a game fun but making it financially and commercially viable. Learn as many technical skills as you can, especially spreadsheet wizardry, database querying, and statistics. Being able to go deep on either UI/UX design and/or monetization design will radically expand your potential opportunities.

Whether you’re an artist, coder, designer or another of the important roles in a game development team, learn everything you can about what everyone else does. You need to be able think about the whole system, not just your part in it. The game industry is a tough: but it rewards passion, curiosity, and resilience.