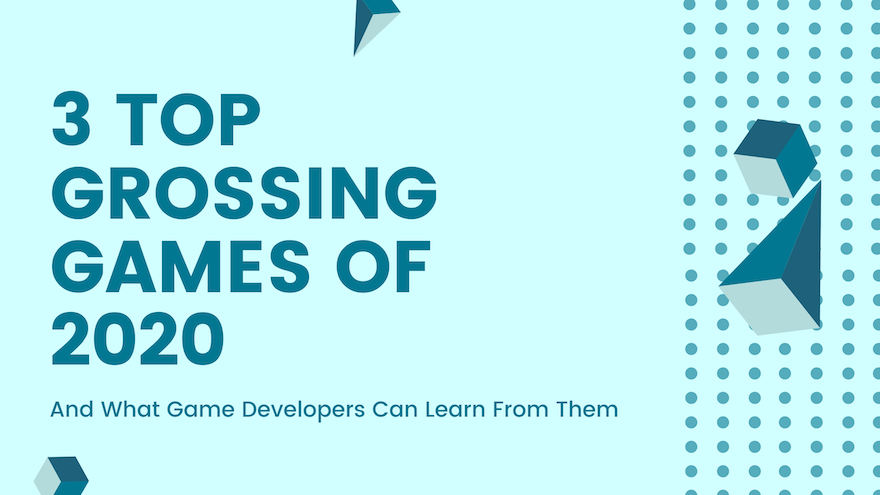 The 2020 pandemic changed a lot of things, including how we socialize and unwind. Not only did it change the number of people playing games, but it changed what made games successful. Let’s take a look at three popular and critically acclaimed games released in 2020 to see how this unique year impacted the success of these games and what game developers can learn from them going forward.

The "new normal" made people nostalgic about the pre-pandemic times, and many found comfort in the remakes of beloved classics such as Tony Hawk Pro Skater, Demon's Souls, Final Fantasy VII, and others that came out in 2020.

These remakes offered players a chance to relive childhood memories with improved graphics, music, and an extended storyline.

The Tony Hawk games won many hearts when they were first released and quickly became classics. Several key elements made them successful, but here are a few key ones:

The fact that Tony Hawk takes only a few minutes to learn is key for making the game accessible to a wide array of users and increasing its daily active users (DAU).

The game does this by incentivizing players to master the controls (even subconsciously) through a sequence of goal challenges. Every level has a series of goals that change and evolve as the game progresses. To achieve these goals, players have to focus and practice as they build their characters one challenge at a time. This encourages players to return frequently, boosting the game's number of monthly active users (MAU).

The soundtrack for the game was also carefully selected to help ease any frustration that stemmed from the game's trial and error approach to success. By carefully selecting a fun, memorable soundtrack, the designers were able to greatly enhance the player experience, increasing the average play session time per user and improving game retention (how long players continue to play the game).

By choosing licensed music for the soundtrack, the game also creates a positive association between playing the game and any time the player hears their favorite in-game songs, even if they are currently engaged in other activities. This clever approach means that player's brains are primed to link "Tony Hawk Pro Skater" whenever they hear these songs, subconsciously prompting them to return to the game.

By carefully curating your game's soundtrack and creating incrementally difficult goals for players to strive towards to improve their skills, you can create positive associations that extend beyond the game and encourage players to improve by gradually mastering the game, encouraging them to return frequently to keep their skills sharp and continue to improve.

Since 2003, the Call of Duty (COD) franchise has been known for their experimental and innovative approaches to the player interface, game storylines, and multiplayer game features.

What makes COD: Warzone a particularly interesting installment of the franchise is that unlike previous games it's free to download, offering a low barrier to entry that draws in new players.

Players are encouraged to make in-game purchases by offering incentivized enhancements to the gamer experience. While it is possible to play the game without using in-game purchases, these add-ons allow players to distinguish themselves within the online COD: Warzone community via cosmetic upgrades and access to weapon blueprints that give players a distinct edge over their opponents and signal their dedication to the franchise to other players.

Battle passes allow players to gain access to unique rewards and earn player experience faster, allowing them to unlock content more quickly. As such, battle passes work to create an in-group, "club-like" experience by rewarding hard-core fans with access to:

These additional elements help distinguish these super-fans from other players in the game.

COD: Warzone also allows players to communicate directly with one another, a critical asset in competitive games. By combining the ability to communicate with an in-group, out-group social dynamic, players are strongly incentivized to make in-game purchases to keep up with fellow players, stimulating peer-pressure purchasing.

The competitive atmosphere, use of in-game purchases, and battle pass dynamics all work together to enhance the game's retention rates: More devoted fans are more incentivized to play. The longer a gamer plays, the more likely they are to invest in in-game purchases. This dynamic works to create a core population of dedicated gamers on the game's servers, improving the game's lifetime value and ARPU (average revenue per user).

At the same time, this camaraderie makes it more likely for truly dedicated fans to become early adopters of other games within the franchise, such as COD: Modern Warfare.

By including unlockable content behind paywalls within your own game, you can help create in-groups and out-groups that incentivize players to invest in themselves, and their teams via in-game purchases and products like battle passes, increasing your recurring revenue stream over time. Your game's most dedicated fans are both more likely to purchase in-game content and items to gain a competitive edge and access to new maps, cosmetics, and other add-ons and distinguishing features while simultaneously doubling as the early adopters of later games in your franchise.

The second chapter of Last of Us set the Internet ablaze. Despite a 95 out of 100 Metacritic score and tens of thousands of positive reviews, the game also received some intense criticism.

However, despite its other flaws, the game’s mechanics and graphics were incredible, some of the finest examples in games released this year. This game feels like a playable movie, and its initial previews were able to successfully fire up almost all fans of the previous installment.

One of the biggest flaws of this game was its desire to create controversy. By opting for an approach that relied too heavily on shock-value rather than staying true to the formula that caused its hard-core fan base to fall in love with the franchise in the first place, the game developers inadvertently alienated many of their fans.

Like most games, this one has its strengths and its weaknesses, both of which present learning opportunities for other game developers:

The Last Of Us franchise is beloved enough that if the game had only minor issues or flaws, their core fan base probably would have been able to overlook them. However, the three flaws listed above caused irreparable damage to both this game and the franchise as a whole.

The top-down politics within the game’s development team also caused discouraged team members to leak critical game material. While this alone would have negatively impacted sales, it would not likely have been damaging enough on its own to kill the franchise.

Though not as beloved as the first two games on this list, The Last Of Us: Part II has important lessons to teach us. To create innovative games, we need to discuss what works well and what does not so we can learn from these mistakes.

Are you looking to integrate these successful elements into your own game? Beamable can help. For more information about how you can easily integrate social and commerce features, increase audience retention, and increase your profit margins, please visit our website.